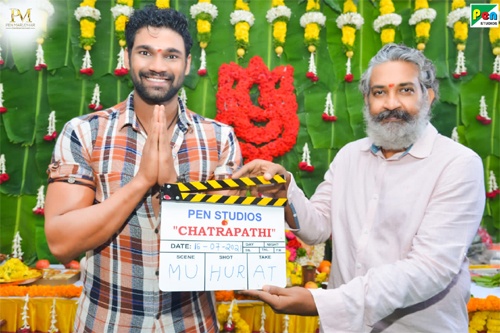 At the launch ceremony, Rajamouli sounded the first clap, while his wife and costume designer Rama Rajamouli switched on the camera. Senior producer AM Rathnam has directed the first shot and Rajamouli’s father and veteran script writer V Vijayendra Prasad, who penned the script for the 2005 original and also its remake, has handed over the script.

Chatrapati’s Hindi remake is being produced by veteran Bollywood producer Jayantilal Gada under his Pen Movies banner. The makers are yet to announce the film’s leading lady.