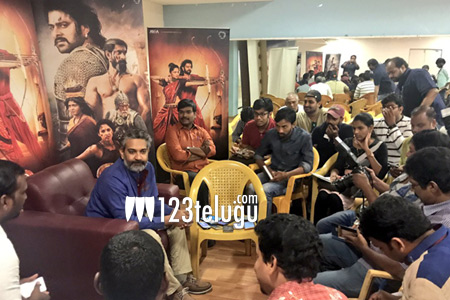 The master craftsman, S S Rajamouli is busy giving interviews all over. Earlier today, he made some shocking statements where he revealed that he is an atheist who does not believe in god.

Rajamouli made this shocking revelation when he was asked as to why do all his films have a divine factor. Reacting to this, he said that it is because his stories need that special drama which is created only through the divine effect but in real life, he is one person who is an atheist.

The ace filmmaker has become the talk of the town currently as his film Baahubali2 is being awaited with huge curiosity all over the nation. Releasing in over 8000 screens, this film is up for a release this Friday.