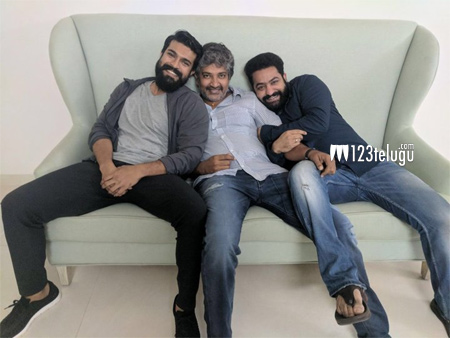 Ace director SS Rajamouli shocked everyone earlier today on Twitter when he shared a photograph, which is now being called as ‘Picture of the year’. The photograph has Rajamouli, Ram Charan and NTR posing candidly for the camera.

Although Rajamouli hasn’t made any official announcements or given a context behind the picture, it has already given hopes to a lot of people that the three might collaborate for a multi-starrer. Buzz is that, they are indeed planning to do a film together and that it might go on floors in February 2018.

More details about this sensational project are awaited.