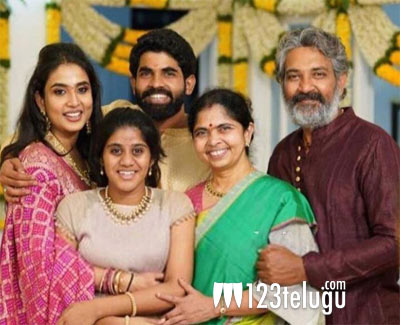 Several well-known names from the Telugu film industry made it to the grand destination wedding of S.S. Rajamouli’s son Karthikeya in Jaipur. The wedding became the talk of social media with several celebrities sharing glimpses from the grand ceremony.

However, another celebration is still pending. Yes, apparently S.S. Rajamouli is planning a grand reception for the industry wallahs in Hyderabad. It is learnt that several VIPs from Telugu speaking states will make an appearance at this do along with several film personalities from other movie industries down south.