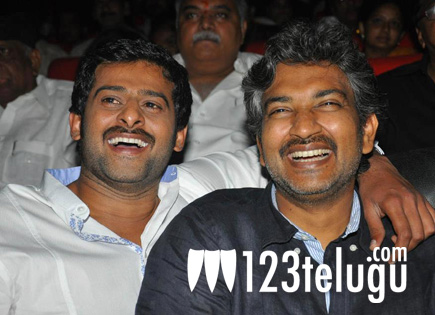 Ace director S.S.Rajamouli and Young Rebel Star Prabhas have teamed up for a new movie and preparations are already in full swing for the project. Like all Rajamouli films, the movie will be a high voltage entertainer. The story will have an adventure theme, something which has not been explored too much in Telugu films. Buzz is that a considerably big number of horses have been ordered for the project. A massive set is also reportedly being erected in the outskirts of Hyderabad.

Except for costumes by Rama Rajamouli and music by M.M. Keeravani, the other members of the crew are yet to be formally announced. The movie is expected to have a budget of about 65 – 70 Crores and the film will be released in Telugu,Tamil as well as Hindi. Arka Media banner is producing the film.

The film is expected to hit the screens in 2014.