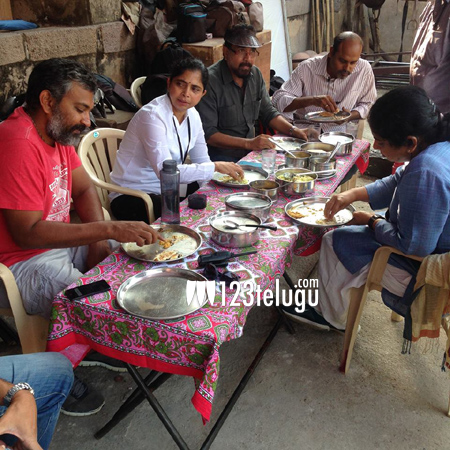 Ace director SS Rajamouli has re shot few scenes for Bahubali, which were disrupted due to rains earlier.

The team hopes that the shooting will progress smoothly this time. “Back on sets of ‘Baahubali’ and enjoying production breakfast after a long time. Shooting the same scene after a year as it was disrupted by rains last time. Re Erected the massive set. Hope the weather supports us this time. Happy Sunday guys (sic)”, said the official Bahubali twitter account.

Prabhas, Anushka and Rana are playing the leads in this film. Tamanna, Sudeep and Sathya Raj will also be seen in this film. This movie is expected to release in 2015