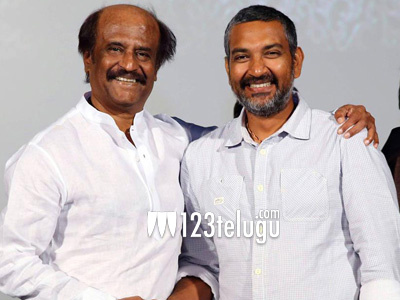 That Tollywood’s numero uno director Rajamouli is a nationwide​ phenomenon post the humongous success of Baahubali The Beginning is a known fact. If ever he joins hands with the Super Star of Kollywood, Rajinikanth, the film will wreak havoc on box-office.

Rajamouli is in Chennai today to grace the audio launch event of Baahubali The Conclusion. On this occasion, Rajamouli and the Baahubali team interacted with Tamil media. In his speech, Rajamouli revealed that he wants to work with Super Star Rajinikanth and hoped that his wish will be fulfilled someday.

During the audio launch event of Kochadaiiyaan several years ago, Rajinikanth too expressed his wish to act in Rajamouli’s direction. Let’s hope that both these giants will join forces someday soon.