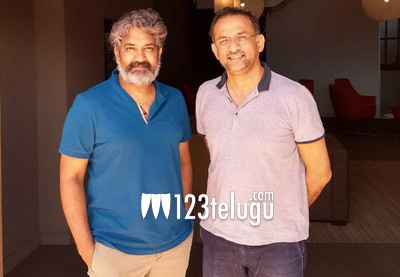 Just days after IIM-Ahmedabad announced that it’s going to introduce Baahubali as a case study for its students taking a course on Contemporary Film Industry, the premiere B-School has announced that SS Rajamouli and producer Shobu Yarlagadda are going to grace a special session on January 26 to address the students.

The event titled ‘Ignitus – Stories that Inspire’ is part of the three day long college festival – Chaos, and Rajamouli, Shobu will share their story about the making of Baahubali and how they achieved such staggering success, in a conversation with Professor Arvind Sahay.

Baahubali’s success has become a benchmark for many in the industry. And for business school students, it’s being introduced as a case study to learn the power of sequel and how a sequel can de-risk the movie as a marketing concept. The course will focus on marketing mantras evolving around sequels and how decisions need to be taken that respect art and creativity of a movie and yet are able to make money.