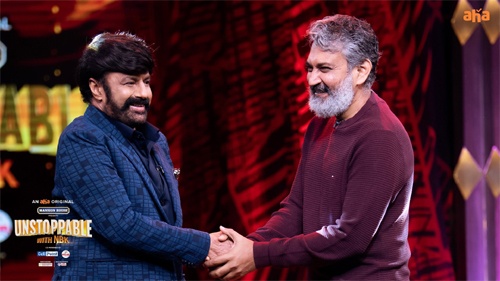 The newly released promo of Nandamuri Balakrishna’s celebrity talk show on Aha Video, Unstoppable is a compelling one. This episode will feature Rajamouli and MM Keeravani alongside Balakrishna.

In the promo, Balakrishna is seen having a candid conversation with Rajamouli. “I heard from my people that you(Rajamouli) can’t handle me. What’s the story behind this?,” Balakrishna says.

This episode can be streamed on Aha Video now.