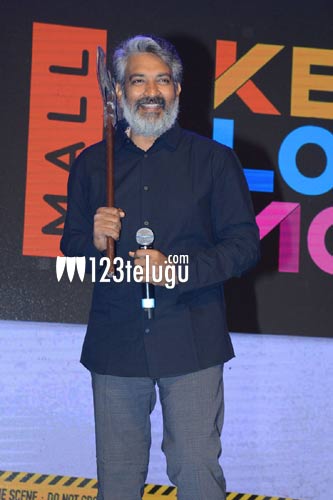 Star director Rajamouli was one of the special guests at Nani’s latest home production, HIT. Speaking at the event, the RRR helmer appreciated HIT’s team for launching the sneak peek.

Rajamouli went on to say that the Hollywood film, 2012, began the sneak peek trend in Hollywood which later caught on with Indian filmmakers. “Now even Tollywood filmmakers are releasing the best scene from their movies as sneak peek. I appreciate this trend,” Rajamouli said.