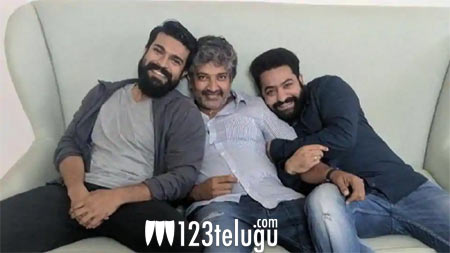 By now, it is a known fact that director Rajamouli is all set to make his new film with Ram Charan and NTR. The latest we hear is that the shooting of the film will kick-start on the 18th of November.

The film will officially be launched in the first week of November, and Rajamouli himself is likely to reveal the genre and basic theme of the film. D V V Danayya produces this film whose pre-production is on in full swing.

The female leads of the film are yet to be cast and Keeravani composes the music for this film.