Rajamouli is busy with the shooting of his latest film RRR. The shoot is on in RFC and very soon, the news is that a promotional song will be canned on the entire team.

The sets are being made for the same and the news is that the star heroes and some key cast will take part in this shoot. Once this is done, the team will move abroad to can a song on NTR. 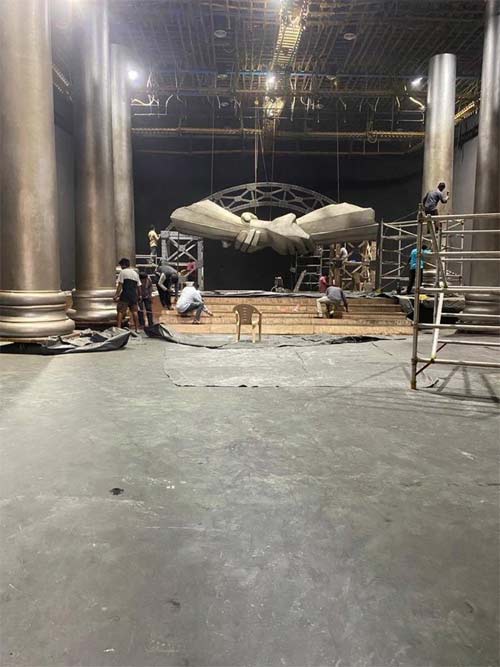