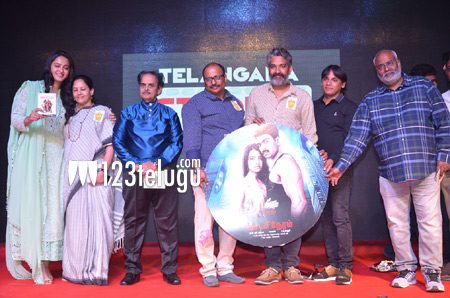 S S Kanchi is one of the well-known writers in Tollywood who has penned the stories for blockbuster movies like Maryada Ramanna and Eega. Now, he has come up with his debut film called Showtime.

The audio of the film was launched by his cousin and national award winning director S S Rajamouli yesterday. Touted as a crime thriller, this film is produced by Rama Reels and all-new faces will be seen in this film.

M M Keeravani composes music for this film which has completed its censor formalities and is ready for a release this February end.