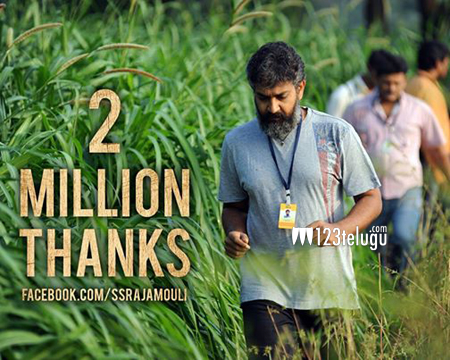 Ace film maker Rajamouli is the most popular Tollywood director in the world. His page recently joined the 2 million club. It is very rare to see a director enjoying such massive following on social media. Only actresses and Top Bollywood stars are seen to have huge number of fans there. Rajamouli seems to be giving a tough competition to them in this aspect as well.

Even the videos he released for Bahubali have gone viral in the social media. The film is enjoying a huge craze as well. He surely understands how to effectively utilize the social media for promoting his films. Congratulations to Rajamouli on this rare feat!