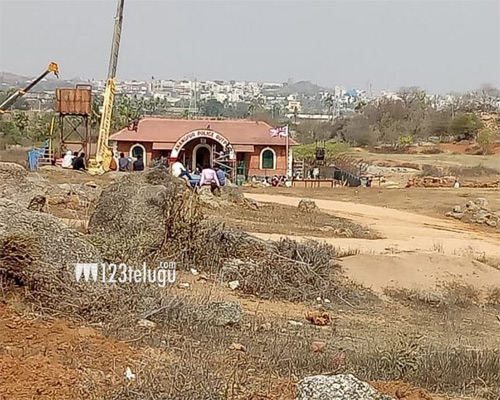 The shooting of RRR is going on in full swing and today some of the on-location went viral in the social media. These images clearly give away that the film is a period drama and will also have a British empire backdrop with all revolutionary scenes being a major highlight.

This news was coming in for quite a while now but with the images of the location being out, things have been confirmed. Ram Charan is busy filming for a fight sequence as of now.

Rajamouli directs this film which has music by Keeravani.