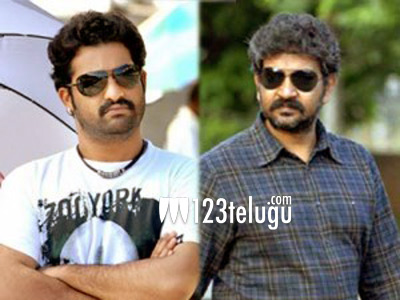 Ace director Rajamouli, who is super busy with the making of Bahubali, makes it a point to take out some time for the fans and spends some time on Twitter. Apart from sharing updates about of his films, he also indulges himself in answering a few questions raised by some of his fans. Responding to a fan’s query about NTR’s string of flops, he remarked that great actors like NTR , ANR etc have gone through phases like these but came back stronger than ever with some huge hits after the slump.

NTR is shooting for his film with Puri and the buzz about the movie is very positive right from day one and NTR is aiming to score a good hit with this flick. Rajamouli on the other hand is busy shooting Bahubali. He is putting his heart and soul into the making of this film which has Prabhas, Rana and Anushka in the lead roles. The movie is being made in two parts with the first part scheduled to release on April 27th and the second part in the 2nd half of 2015.