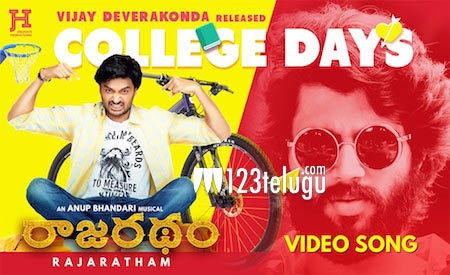 Rajaratham is one film which has created a good buzz for itself. A song which was released by Vijay Devarakonda has caught on quite well among the youth and showcases rich visuals.

All four years of the engineering life are covered quite interestingly in this song. Rajaratham is directed by Anup Bhandari and will also release in Kannada simultaneously.

The film stars Nirup Bhandari and Avantika Shetty and has been made on a budget of 25 crores. Tamil star, Arya will also be seen in this film.