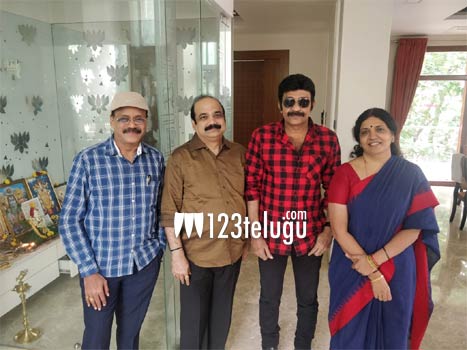 Actor Rajasekhar has been approaching his recent films with new vigour. The actor is now set to be seen in a new movie that will be helmed by Tamil director Pradeep Krishnamoorthy. Touted to be an emotional thriller, the film’s cast and title will be announced soon.

Actors Sathyaraj, Nasser and Brahmanandam will play key roles in the film.

Pradeep directed the Tamil remake of Kshanam which was titled Sathya and Vijay Antony’s thriller Bethaludu.