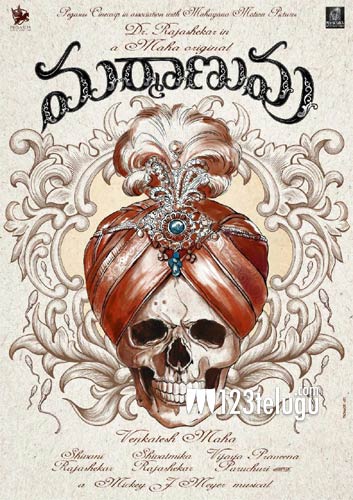 Hero Rajasekhar had joined hands with Venkatesh Maha and Vijaya Praveena, the director and producer of the critically acclaimed film Care of Kancharapalem, for an interesting film titled Marmaanuvu. The film’s striking first look poster had been unveiled to announce the project.

The first look poster features a skull, laughing eerily and decked up in a Zamindar pagdi. The first look surely creates the intrigue factor on the movie. Unlike his previous film, Uma Maheswara Ugra Roopasya, Venkatesh Maha has come up with an original script this time around. Pegasus Cine Corp banner is bankrolling the project in association with Maha and Praveena’s Mahayana Motion Pictures banner. Mickey J Meyer will be scoring the soundtrack. More details are awaited.