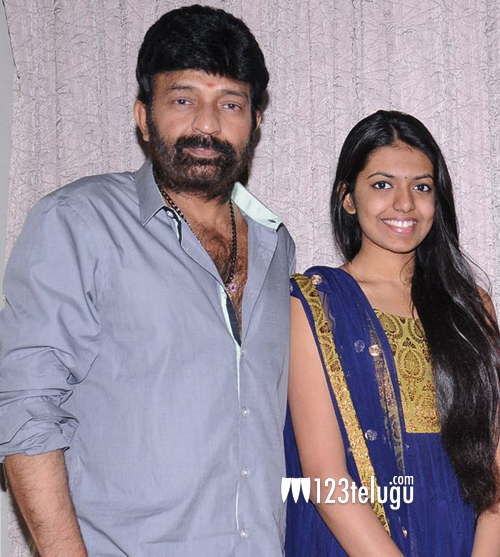 Rajashekhar, is all set to launch his daughter Shivani in films.

He has confirmed that his daughter will be making her debut in ‘Vanda ki Vanda’. The actor says that this would be the perfect start for his daughter’s career.

” We were in search of a good project for my daughter’s debut. Luckily, we found ‘Vanda ki Vanda’. It would be an interesting film and I am glad that she would be playing an important role in this film” said Rajashekhar.

Rajsekhar is currently busy in the shooting of his latest flick Gaddam Gang.