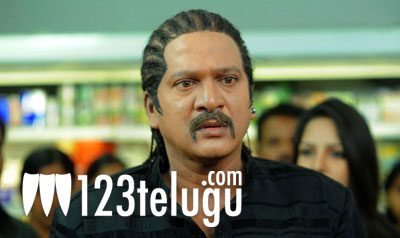 Rajendra Prasad has turned busy bee of late with quite a few big budget films. Recently he was seen in Mogudu and he has some eagerly awaited films like Nippu and Allu Arjun-Trivikram’s film. He’ll soon be seen as a retired Army Major in a film titled ‘Dream’ which is being directed by Bhavani Shankar. The film’s shooting was recently held in Vizag and Rajendra Prasad told few reporters that he considers his role in Dream as the best in his 35 year old career. “I dream about what all I had missed during my career in the Army like not being able to use the AK-47,” he said adding “It’s difficult to draw a line between dream and reality. My character has four different facets and the fourth one is the most challenging one I have done so far.” Pavani is the heroine in this film and Ravi Kumar is the cinematographer.