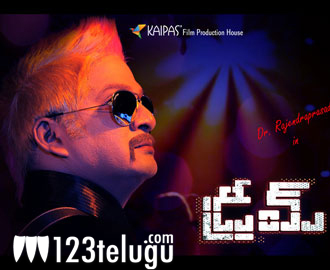 Natakireeti Dr. Rajendra Prasad will appear in the role of a retired Army major in the upcoming and radical looking film ‘Dream’. The movie is gearing up for a release this Friday.

Bhavani Shankar has directed this movie and ‘Dream’ has been produced by Vijay Mainam and Satish Mainam. Rajendra Prasad will be seen in multiple costumes and with multiple characterizations in the movie. The weird hairstyles, eccentric colours and moody themes seem to suggest an experimental film.

Let us see if this ‘Dream’ fulfills the dreams of the makers at the Box Office this Friday.