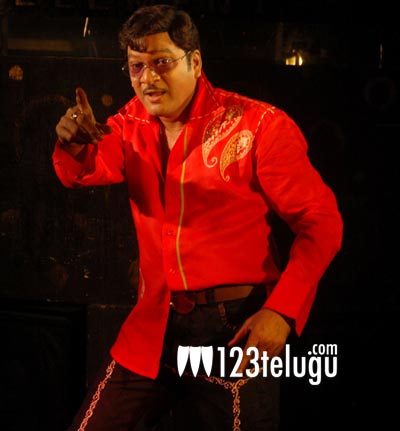 Natakireeti Dr. Rajendra Prasad is a true veteran of the Telugu film industry. He has appeared in various avatars, from comedy roles to serious drama in a career spanning several decades. More recently, he has been choosing movie projects that are unique like ‘Onamaalu’ and his latest appearance as a police officer in ‘Julai’ was very entertaining. He will now appear in the role of a retired Army major in the upcoming movie ‘Dream’. This is a very unique film with a very radically different look and you can see that from the movie’s posters.

Bhavani Shankar is the movie’s director and this film has been produced by Vijay Mainam and Satish Mainam. The producers said “We have never seen or heard of a movie as unique as this in the industry so far. Rajendra Prasad’s performance in the movie is splendid. He will be seen with a unique look. All programs pertaining to the censor review board have been completed and the members who watched the movie said that it was very good. We are making all preparations to release the movie this month itself”.

The director said “This is a thriller story. It revolves around a retired Army major who cuts all relations in his life. What changes occur in a person’s life surrounded by loneliness? What trouble does he go through emotionally? These are the elements that make the story a thrilling experience to watch”.

We can only wait to see whether Rajendra Prasad can weave his magic yet again on the silver screen.