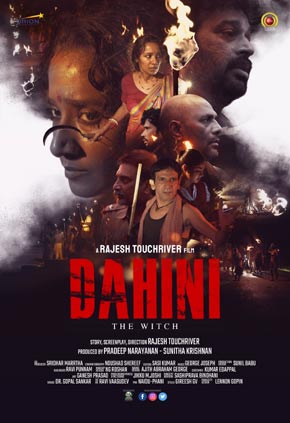 Rajesh Touchriver, the filmmaker who produced and directed several award-winning arthouse movies in various languages, is soon coming up with a gritty drama. Titled Dahini: The Witch, the film features Tanishtha Chatterjee and JD Chakravarthi in lead roles.

Dahini a bold film that touches upon witch-hunting, the rampant gender-based violence against women who become victims of witch-hunting in property disputes or when they do not conform to societal gender norms.

Dahini is entirely shot in Odisha’s Mayurbhanj district where witch-hunting is rampant. Through ‘Dahini’, the makers are raising awareness about the evil practice. Noted social activist and Human Rights activist Padma Shree Sunitha Krishnan and Pradeep Narayanan are jointly producing Dahini The Witch. The film’s background score is composed by George Joseph.