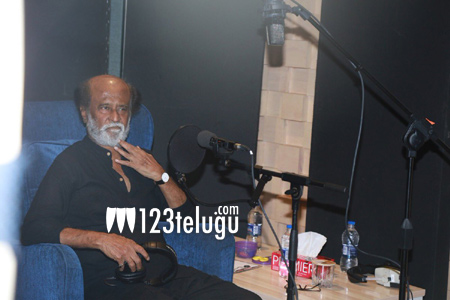 Super Star Rajinikanth today commenced dubbing for his highly-anticipated gangster drama, Kaala. The film is in the last leg of post-production and the first copy will be ready by March first week.

Kaala is a period gangster drama set against the Mumbai underworld backdrop. Rajini will be seen as a Dharavi slumlord turned politician in the movie. Stalwart Marathi and Bollywood actor Nana Patekar, Huma Qureshi and several other prominent actors will share screen space with the Super Star.

Kabali fame Pa Ranjith has directed Kaala and Rajini’s son-in-law and actor Dhanush has produced the movie. The film will release two months after 2.0’s release.