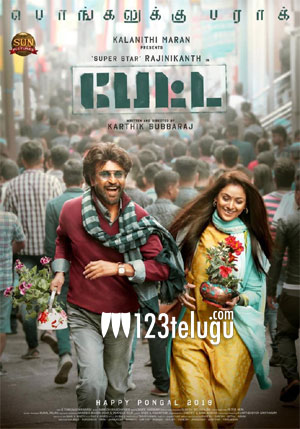 As it is the birthday of superstar Rajinikanth tomorrow, the makers of Petta are releasing the teaser in a big way. Karthick Subbaraj directs this film which has Trisha in a small role.

Petta is one of Rajinikanth’s massiest role to date and there is a superb buzz all over as to how Rajini will be seen in a mass avatar after a long time.

Sun Pictures has made this film on a huge budget and the movie is releasing on the eve of Pongam in January 2019. Anirudh’s music has done wonders and it would be great to see how the teaser turns out to be.