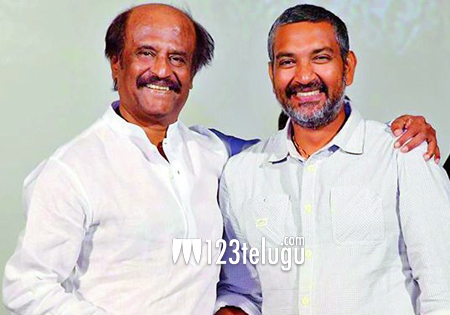 Superstar Rajinikanth, who was in Hyderabad to promote his latest film Lingaa was all praise for ace director S S Rajamouli. Speaking at the event Rajini lauded Rajamouli for his work and also said that Bahubali will put Telugu cinema on the world map. He also added that he has seen the production work from close quarters and was astonished to see the magnitude of the project and the way with which Rajamouli was making it.

Meanwhile, Rajini’s latest film Lingaa is all set for a huge release this Friday and stars Sonakshi Sinha and Anushka as female leads. K S Ravikumar is the director and A R Rahman has composed the music.