Rajini-Murugadoss film gets an interesting title
Published on Apr 9, 2019 9:20 am IST 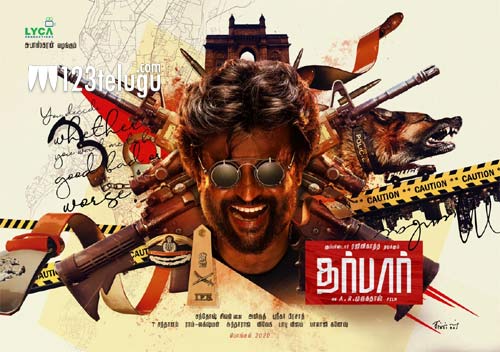 The stage is all set for the grand launch of Super Star Rajinikanth and AR Murugadoss’ first ever collaboration. The film’s shooting will kick-start in Mumbai tomorrow. Meanwhile, the makers have announced the film’s title with a crazy poster.

The Rajini-Murugadoss film has been titled Darbar. The poster unveils Rajini’s madcap cop avatar. Rajini is said to be playing dual roles in Darbar, the other role being a social activist. The film is predominantly set in Mumbai and a major part of the shoot will take place in the Maximum City.

Nayanthara is the leading lady in Darbar. Lyca Productions is bankrolling this highly-anticipated biggie. Anirudh Ravichander is scoring the music. The film is scheduled to hit screens for Pongal, 2020.