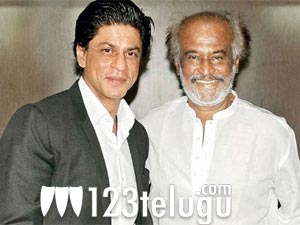 Superstar Rajinikanth did a small cameo in Shah Rukh Khan’s recent sci-fi action thriller Ra.One. As a token of appreciation, it is heard that Shah Rukh Khan has decided to gift the legend with a BMW 7 Series car. Director Anubhav Sinha and Arjun Ramphal would also be receiving a 7 Series each.

It is not immediately clear whether Kareena, who is the heroine of this film,would be receiving one too. Ra.One has not done too well at the Box Office but SRK is unfazed by all that. He says that he is happy to have been a part of the film. Ra.One has received a mixed response from critics but the film won universal praise for its special effects and CGI.