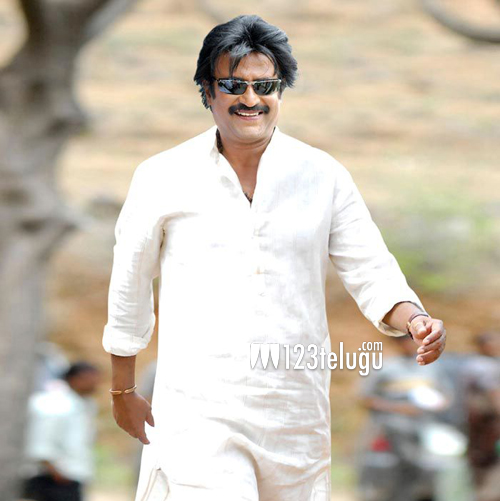 Superstar Rajinikanth will be seen in two interesting roles in his upcoming film ‘Lingaa’. The roles are being kept closely guarded for now and one of them will come in the flashback. The film is being shot in RFC at breakneck speed as the team wants to release the movie this year.

K.S. Ravikumar is the director of this movie and Rockline Venkatesh is the producer. Anushka and Sonakshi Sinha will be seen as the heroines. The movie is going to be a 100% commercial entertainer in typical Rajini style.

The film’s Telugu title has not been revealed so far. The film’s music is being scored by A.R. Rahman.