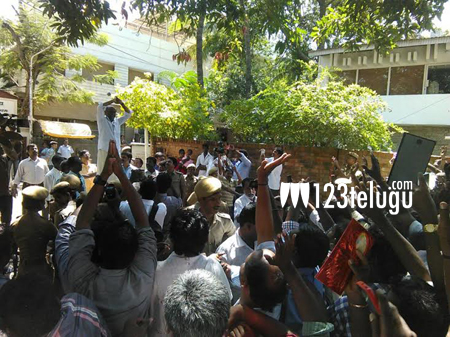 Rajini fans across the world are celebrating their favorite star’s 34th marriage anniversary today. Rajini fell in love with his wife Latha during the peak stages of his career and the couple got married on 26th February 1981. They have two daughters Aishwarya and Soundarya, who are both filmmakers.

A large group of fans met Rajinikanth today at his residence in Chennai and showered him with garlands and flower bouquets. Rajini greeted them all with affection and thanked them for their love.Rajinikanth’s last release ‘Lingaa’ ended up as a disappointment. Tamil media circles are abuzz with news that the Superstar will again be teaming up with Shankar for ‘Robo 2’.