Rajinikanth-Murugadoss’ film is not confirmed yet?
Published on Dec 6, 2018 4:00 am IST 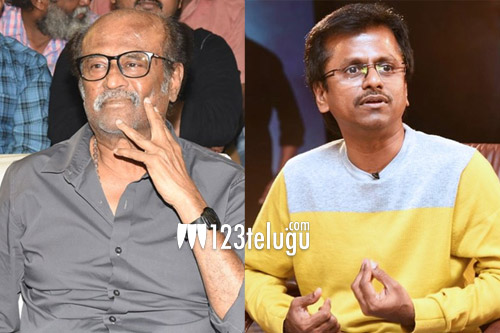 Until recently, there were reports that Super Star Rajinikanth will be joining hands with star Tamil director AR Murugadoss for his next project after Petta’s release. Leading production house, Lyca Productions, was rumored to be bankrolling this project.

But according the latest statement by AR Murugadoss in a latest interview, it has become clear that the Rajini-Murugadoss film is not confirmed yet. Murugadoss said that he had met Rajini sometime back and narrated a story which features fantasy elements. Murugadoss further said that he is still waiting to hear from the Super Star.