Rajinikanth-Murugadoss’ film to kick-start in summer
Published on Feb 5, 2019 1:24 am IST 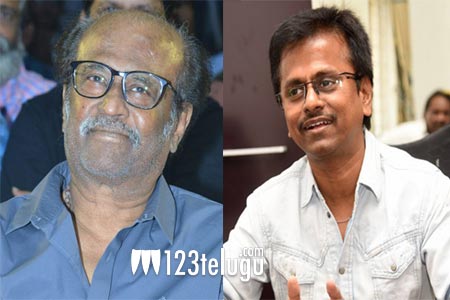 After the successful Pongal release, Petta, Super Star Rajinikanth is all set to collaborate with star Tamil director AR Murugadoss for the first time. This as-yet-untitled film will be bankrolled by leading banner Lyca Productions on a huge scale.

As per the latest updates, the Rajinikanth-Murugadoss’ film will be going on floors from March. Apparently, unlike before, Rajini has allotted a whopping 90 day callsheets for the project. Rajini is rumored to be playing the role of a cop in the film.

Keerthy Suresh is said to be the front-runner to grab the leading lady’s role in the film. Stay tuned for further details.