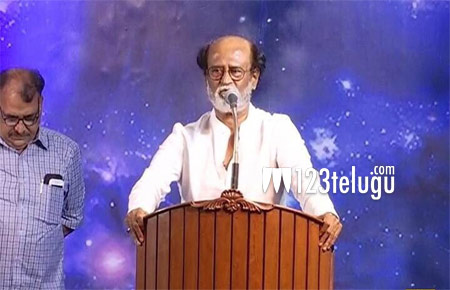 Super Star Rajinikanth will enthrall his fans with two most eagerly awaited movies, 2.0 and Kaala. 2018 will be extra special for all Rajini fans as the Thalaivar will step into active politics by launching his own party. But there is one more treat coming up for the Super Star’s fans.

In a recent interview, popular actor and Rajini’s co-star in Kaala Samuthirakani revealed that Rajinikanth had written a script and that he had asked him to play the main lead in the movie. However, Samuthirakani has not revealed much about the genre of the script or the director who will helm the project. It’s well-known that Rajini had penned story and screenplay for his Baba (2002) and Valli (1993).