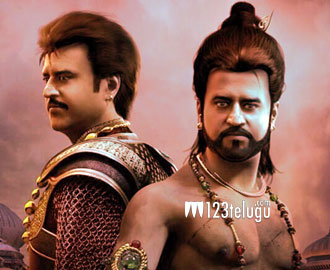 Rajnikanth’s Konchadiyaan is getting bigger day by day. With almost 90% of the shoot getting over, rest of the portions will feature some heavy duty action sequences. According to reports a special action sequence has been planned in the deep sea and Rajni will be seen fighting with the dolphins in the scene.

Confirming the news debutant director Aishwarya Rajnikanth said “It’s quite a challenge to shoot with the dolphins but we are well prepared. Appa is eagerly waiting for the shoot and is quite excited.”. Konchadiyaan’s Telegu version is titled Vikramsimha and has music by A R Rahman. Deepika Padukone plays the lead role opposite Rajni.