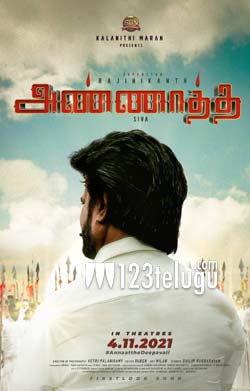 There will be no delays in the release of Super Star Rajinikanth’s highly-anticipated family entertainer, Annaatthe. The makers of this big budget film have just announced that the film is scheduled to be released on November 4 as a Diwali festive treat.

Annaatthe also features star heroines Nayanthara and Keerthy Suresh. The film is being directed by star Tamil director Siva and produced under Sun Pictures. National award-winning Tamil composer D Imman is composing the soundtrack. Rajini is currently in the US for his health check-ups and the promotions will kick-start upon his return.