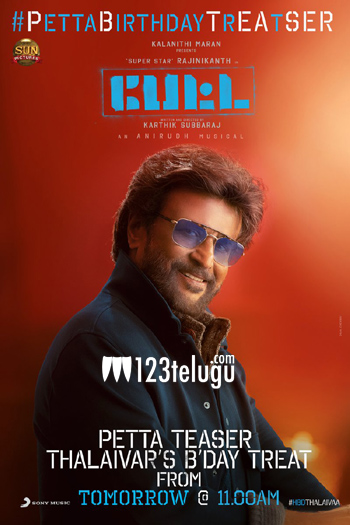 After enthralling his fans as Chitti 2.0 and 3.0 in the film 2.0, Super Star Rajinikanth is all set to thrill them all yet again this upcoming Pongal season with his upcoming film, Petta. The film has been directed by Karthik Subbaraj.

According to the latest updates, Petta’s team is going to surprise all Thalaivar fans by unveiling the film’s special teaser on Rajini’s birthday tomorrow (Dec 12). Rajini will be seen in dual avatars in Petta. He is rumored to be playing a gangster turned university professor in the film.