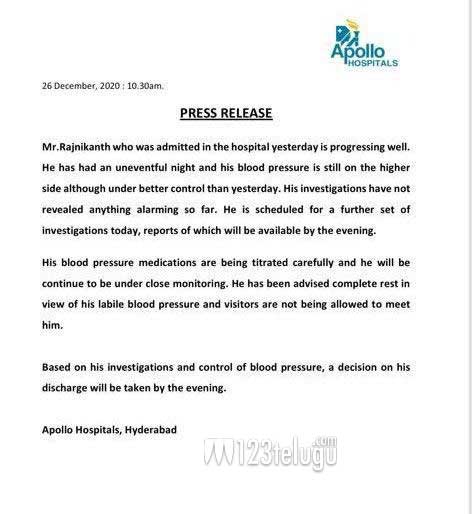 The Apollo Hospitals authorities released a fresh bulletin to update on Super Star Rajinikanth’s health status. The bulletin says that Rajini is stable and progressing well. “He has had an uneventful night and his blood pressure is still on the higher side although under control than yesterday,” the bulletin read.