Rajinikanth’s three dreams ahead of his political entry
Published on Aug 8, 2017 10:59 am IST 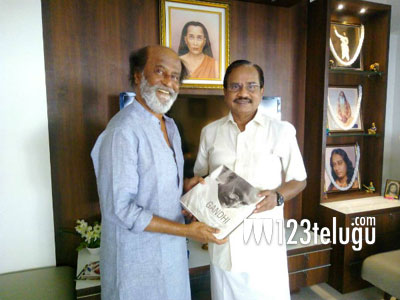 It is well-known that Super Star Rajinikanth is all set to step into active politics very soon. Contrary to the ongoing reports, Rajini will not join any party but float his own political outfit.

Recently, a political leader named Tamilaruvi Manian met Rajinikanth. Interacting with the media, Manian said that Rajini has three major dreams which he wants to realize after stepping into active politics.

Interlinking of Southern rivers from Mahanadi to Cauvery, a corruption free government and transparency in governance are the three major dreams of the Super Star. Meanwhile, fans and political circles are keenly waiting for Rajini to launch his own political outfit.