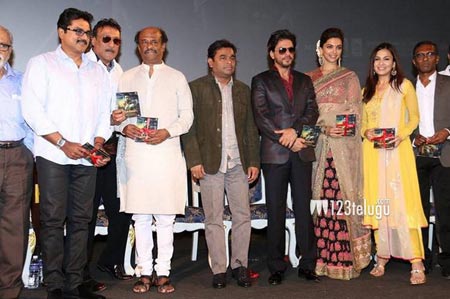 The star studded event saw elaborate speeches by all the cast and crew members about the amount of hard work that each one of them had put in for the film. Later, the producers revealed that the film has been made with a budget of nearly Rs 125 crores and it’ll be released in six Indian languages. The film is expected to be screened at Cannes Film Festival in May and after that it’ll release in several other countries and it’ll also be dubbed in Japanese, French, German and Spanish. Soundarya Rajinikanth revealed that Rajinikanth will be seen in three different avatars.

The album has nine songs and the audio has already received good response from music lovers. A R Rahman has scored the music and the film is going to release in the second week of April.