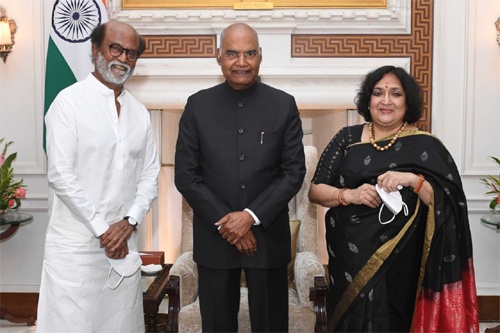 Kollywood stalwart actor Rajinikanth was honored with the prestigious Dada Saheb Phalke award for his invaluable contribution to Tamil and Indian Cinema for over 4 decades. Vice President of India M Venkaiah Naidu presented the coveted award to Rajini in New Delhi on Monday.

This morning, Rajini took to Twitter and tweeted a few pictures of his and his wife Latha Rajinikanth’s meeting the paying a courtesy visit to President of India Ram Nath Kovind and Prime Minister Narendra Modi. “It is a great pleasure to meet the esteemed President and the Prime Minister,” tweeted the Super Star.

Rajini’s highly-anticipated action entertainer, Annaatthe, is gearing up for its grand worldwide release on November 4, as a Diwali festive treat. The Siva directorial releases in Telugu as Peddanna. 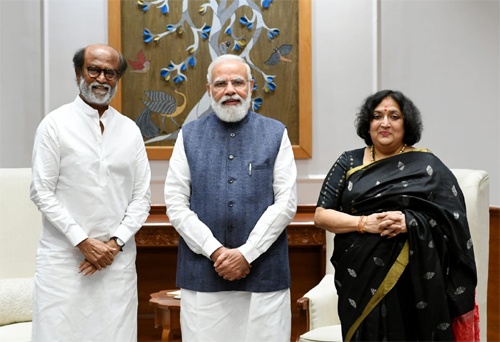