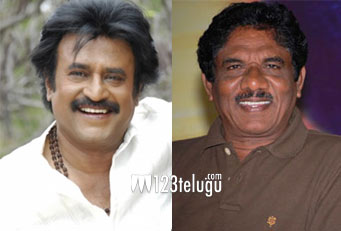 RajniKanth and Kamal Haasan are the legendary actors of Tamil Industry and both of them have got pan India presence. They have always been cordial with each other and had acted in several multistarrers in the beginning of their careers.

One such film they acted together is ’16 Vayadhinile’. After 36 years the movie is now digitalised and will be released soon. Trailer launch function was held yesterday which was attended by Rajni as well as Kamal. Speaking on the occasion director BharathiRaja said “For this film Kamal received a remuneration of 27000 and Rajni was given a mere 2500. However he is now the highest paid actor, but I still see the same humbleness and there is no change in him as a person”.

This film went on to become a blockbuster during that time and was even made in Telugu as ‘Padhaharella Vayasu’, the new digitised movie will be released soon.