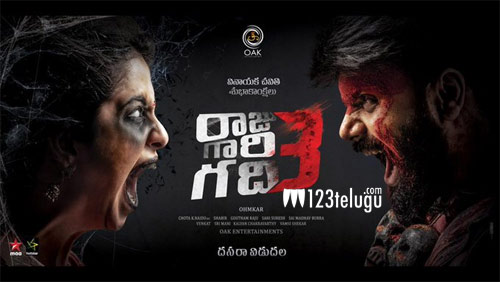 Raju Gari Gadhi 3 is a film that opened on a silent note yesterday. But as the franchise had a good craze, the film managed decent collections of day one.

The latest we hear is that the film has made a total share of 1.25 crores in the Telugu states on the day one of its release.

The film started on a slow note but as the talk improved, things have caught on well for the horror-comedy which is finding good audience in the interiors of the Telugu states.

Here are the detailed collections of the film which has been directed by Omkar.