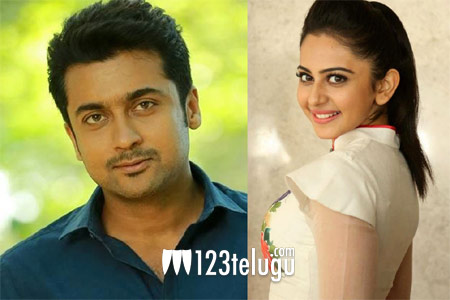 Now that the 42-day long Tamil film industry strike was called off a few days ago, shootings have resumed from yesterday. Star hero Suriya’s highly-anticipated 36th project, NGK, which was stalled due to the strike, has also resumed its shoot today.

For the first time, actress Rakul Preet joined NGK’s sets today. The gorgeous actress plays one of the film’s leading ladies along with Sai Pallavi. Acclaimed filmmaker Selvaraghavan is directing the movie and SR Prabhu is producing it. The film is slated for release during Diwali.