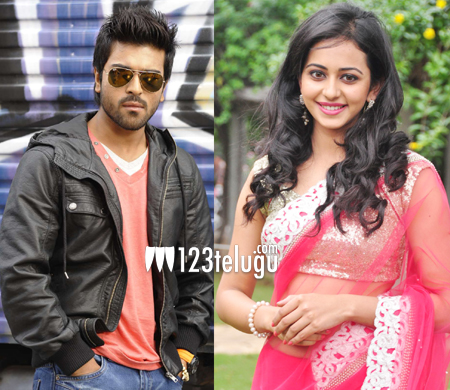 Rakul Preet Singh is slowly inching towards the top league with some lucrative offers in Telugu films. The gorgeous actress will be seen in Ram’s ‘Pandaga Chesko’, Ravi Teja’s ‘Kick 2’ and NTR’s next with Sukumar. As per the latest update, Rakul may pair up with Ram Charan for the tentatively titled ‘Na Pere Raju’ under Sreenu Vaitla’s direction.

Even though the news has not been confirmed by the film’s unit, buzz is high around Rakul’s involvement in the film. Popular writers Kona Venkat and Gopi Mohan are reuniting with Sreenu Vaitla for this high budget action entertainer.

The film will have its official launch soon and regular shooting will start in February.Keep watching this space for more updates about this film.