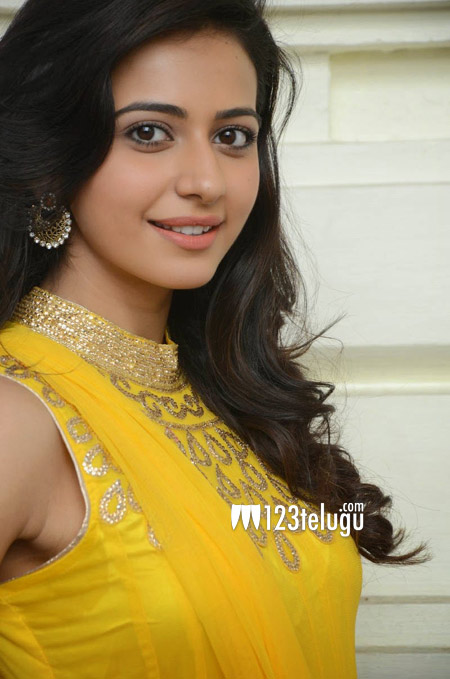 Time again it has been proved that nothing tastes like success, and it is the same case with the hot and happening Rakul Preet Singh. With the hit talk of her latest film Current Theega, Rakul is on cloud nine and has got her hatrick hit in Tollywood. When glamour rules the roost in Tollywood, here comes an actress who can definitely emote supremely well. All her three films gave her ample scope to perform and showcase her true talent.

Its been quite some time that an actress is both glamorous and a talented actor at the same time. Rakul’s Venkatadri Express hit the bulls eye bringing her over night recognition. With Loukyam, she showed her glamorous side and proved that she can give tough competition to all the top actresses. Her subtle performance as a school going village girl in Current Theega showcases her versatility, and proves that she can carry off any role with utter conviction.

Born and brought up in Dehradun, Rakul is also quite famous in Bollywood with her hit film Yaarian. She was widely recognized for her Airtel Ad all over India. The famous AD made her a household name and glimpses of her talent was showcased in the commercial which won a lot of hearts. With over a dozen films in her kitty, Rakul moves into the big league now. She has films lined up with Ravi Teja and also a project with Pawan Kalyan in the pipeline. Rakul will next be seen alongside Aadi in Rough, and Ram in Pandaga Chesko.

With her back to back hits, Rakul has become hot property in Tollywood and is set to rule the Telugu industry for the next three years. Not only with her looks but Rakul has garnered huge craze among star heroes as well. All those who have worked with her have only good things to say about her sincerity and dedication. Her passion for the learning the language and becoming a part of our culture only proves that here is an actress who is definitely the new age super star in Tollywood.