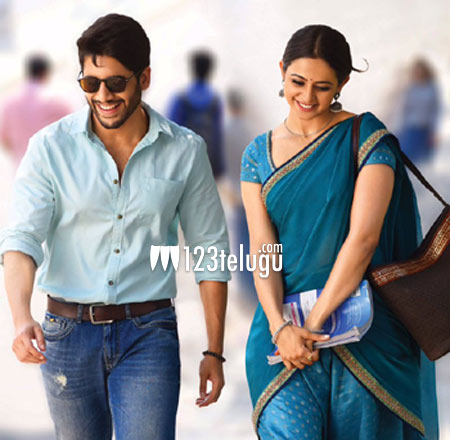 The posters and teasers of Rarandoi Veduka Chooddam have created a good buzz all over. Especially, Rakul’s traditional avatar is a hit with the younger generation. Reports suggest that Rakul will be seen mostly in Indian avatar throughout the film and all the costumes worn by her will create a new trend once again.

Neeraja Kona has styled Rakul in this film which has Chaitanya Akkineni as the main lead. As the film is a complete family drama, the lead pair will be seen in some very trendy yet traditional outfits say sources close to the unit.

Devi Sri Prasad’s music is already rocking the charts all over. Nagarjuna produces this film which is directed by Kalyan Krishna.