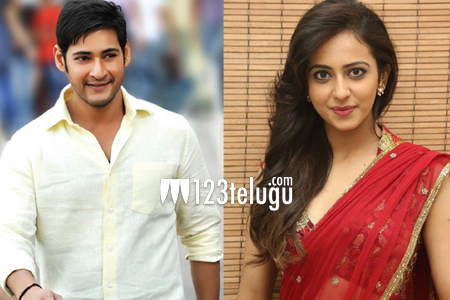 By now, everyone knows that super star Rakul Preet Singh has been chosen to play the female lead in Mahesh Babu’s upcoming film. Latest update now reveals that Rakul will join the shoot from the 11th of August.

Currently, she is busy shooting for Ram Charan’s Dhruva where she plays an interesting role. Rakul has really come up the hard way after giving some really cool hits in her career.

Sharing screen space opposite Mahesh is an ultimate achievement for her as the project is one of the most talked about in recent times. Directed by Muragadoss, the shooting of this film will kick start on the 19th of this month.