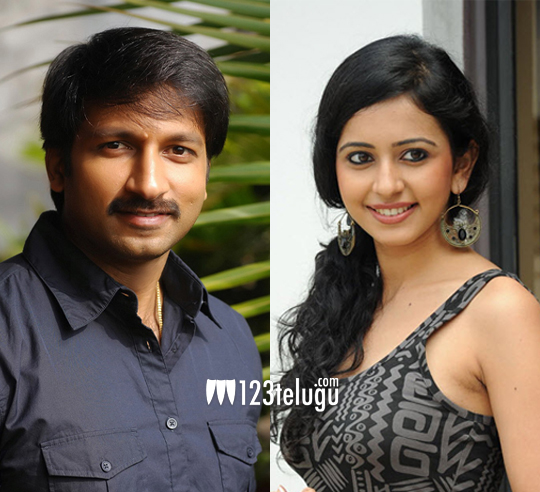 Sriwas is going to direct this action entertainer and the music sittings began recently in Hyderabad. Anup Rubens is scoring music for this film. Last year, Rakul had acted in Venkatadri Express and she is in demand in Tollywood these days. More details about this untitled film starring Gopichand and Rakul are expected to be revealed soon.

Meanwhile, Rakul’s Tamil film opposite Gautham Karthik will hit the screens soon. Nikesha Patel is playing the other lead role in this film which is the remake of Ala Modalaindi.