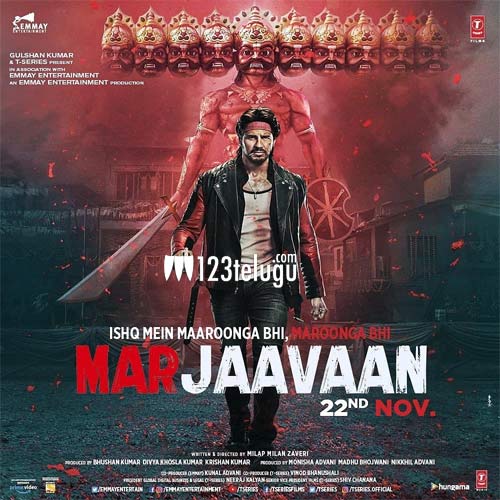 Actress Rakul Preet had scored a decent success in Bollywood with De De Pyaar De earlier this year. She is currently working on an intense romantic action thriller, titled Marjaavaan. The film also has Siddharth Malhotra and Riteish Deshmukh in lead roles.

As per the latest updates, Marjaavaan will be hitting theaters on November 22. Rakul is determined to maintain her success streak in Bollywood and has worked quite hard for Marjaavaan. She
has even learnt belly dancing for a special dance sequence in the movie.

Marjaavaan is being directed by Milap Zaveri. The film is produced by T-Series’ Bhushan Kumar and Emmay Entertainment.